Update: Our services have now resumed and we are operating an interim timetable. Advance tickets are now on sale until 1st July. Find out how we are keeping you safe on board our services here.

Update: Our services have now resumed and we are operating an interim timetable. Advance tickets are now on sale until 1st July. Find out how we are keeping you safe on board our services here.

The closure of London’s Kings Cross didn’t stop Hull Trains getting passengers to the capital this August Bank Holiday Weekend.
​

Most East Coast train operators chose to either cancel their services or provide a truncated journey, taking passengers only to the outskirts of London.
​

It was because of major re-modelling work at Kings Cross – where Hull Trains’ services usually terminate and depart – which included renewing track, signalling and overhead wire equipment. The works were a major phase in the East Coast upgrades, with the remodelling of King’s Cross essentially allowing more trains to enter the station each hour and allow for a more punctual and reliable service for passengers.

However conscious of major events such as rugby league’s Challenge Cup final and Notting Hill Festival happening in London over the weekend, Hull Trains worked hard to seek approval from Network Rail to travel into London St Pancras, next door to King’s Cross. 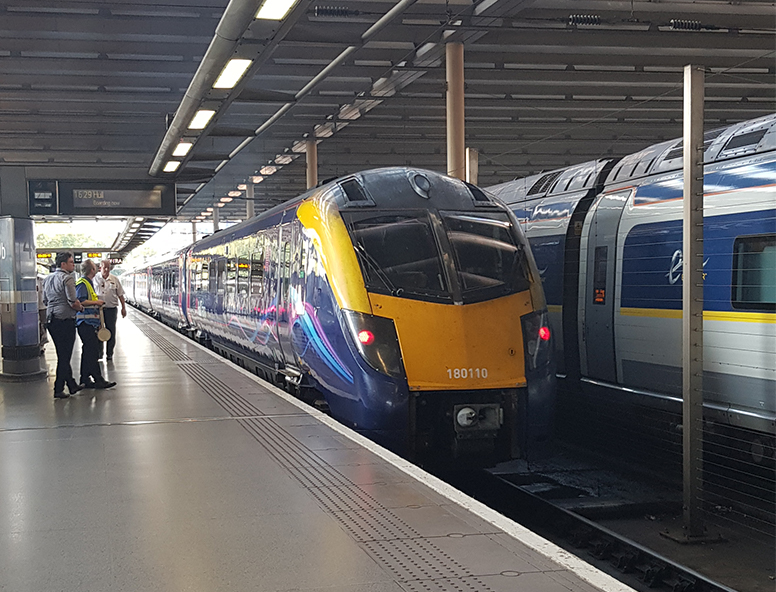 Louise Cheeseman, Managing Director, described it as an iconic weekend and praised staff for their efforts in keeping the service running.

She said: “An incredible amount of planning had to take place, along with multiple meetings with Network Rail and the other train operators as well as the safety teams.
​

“Meetings started over 12 months ago when we were made aware that the Kings Cross closure was going to take place on the weekend of the Challenge Cup final.

“Even if our local clubs didn’t make the final, we always transport a lot of people to the annual event and we didn’t want to let them down. We also needed to ensure we didn’t let this closure impact too heavily on our revenue line.

“Many seasoned railway people saw this project as ‘too difficult’ and have been watching us throughout the weekend with interest to see whether ‘little old Hull Trains’ could actually pull it off. We did and I would like to pay tribute to everybody that had any involvement in this huge project.”

The good news keeps coming for Hull Trains. This week the name of its new £60m fleet of trains which will revolutionise travel between Hull and London was revealed.

The five Hitachi trains will form Hull Trains’ Paragon fleet – a name chosen due to its significance in Hull and its standalone meaning as a model of excellence.


Louise added: “At the start of 2019 I stated that this was going to be the year of positivity. This weekend’s achievement demonstrates what talent we have in the business and how we will pull away from the difficult times we have experienced and move into a whole new era for this business.”

Hull Trains Set To Build Business Back Up

Preparing to welcome passengers back onboard its Paragon trains, Hull Trains prepares to relaunch a limited timetable.