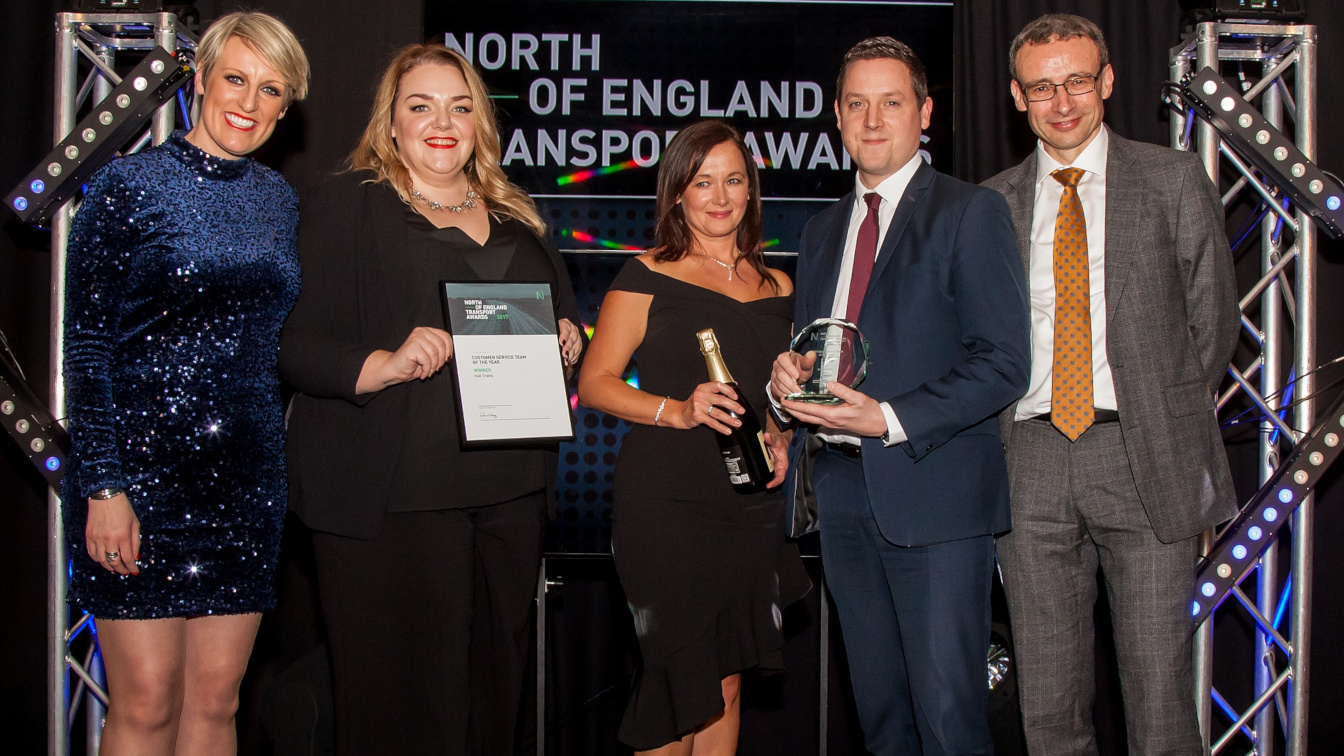 Hull Trains has the best Customer Service Team in the North

Hull Trains is celebrating another customer service victory today as it scooped the top accolade for Customer Service Team of the Year at the North of England Transport Awards for the second year running.

The awards reward innovation, excellence and the very best practice throughout the north of England. The Customer Service award celebrates “outstanding customer service that sets the benchmark for others.”

Will Dunnett, Managing Director at Hull Trains says: “To win this award two years in a row is exceptional. Against competition from across the region the judges commended Hull Trains for being top of the independent Transport Focus surveys for customer satisfaction for four years running. They praised our ability to respond to customers during disruption and for when things do go wrong and our ability to deal fairly with customers concerns.”

Over the past 12 months Hull Trains has collected a plethora of awards for Customer Service including from the North of England Transport Awards; Mail Business Awards and the international BeFirst awards. It was awarded Rail Operator of the Year 2016 at the National Transport Awards – one of the most sought-after endorsements for outstanding quality and service.

This year, it became the very first rail operator on the east coast mainline to receive Gold Standard Investors in People, recognising outstanding achievement in people management and leadership. It remains the UK’s most gender-equal rail operator with a 50/50 workforce, in stark contrast to the industry norm, where only 16% of roles are filled by women.

The open-access operator has been at the top of the National Rail Passenger Survey for overall customer satisfaction for four consecutive years. In 2017, it achieved a satisfaction rate of 97% - 8% higher than the average of long distance operators and the highest ever achieved by a rail operator in the UK.

It also scored a tremendous 95% for the helpfulness and attitude of colleagues – 13% higher than the industry average – demonstrating the importance customers place on the presence of well-trained, high-quality colleagues on the trains.