Spotted outside a London coffee shop

It's safe to say that the nation has been in a state of disbelief after the shock results of Brexit and the American presidential election. Like many others, this London cafe (yes, cafe not pub) had no hesitation in expressing how they felt after the latest results. 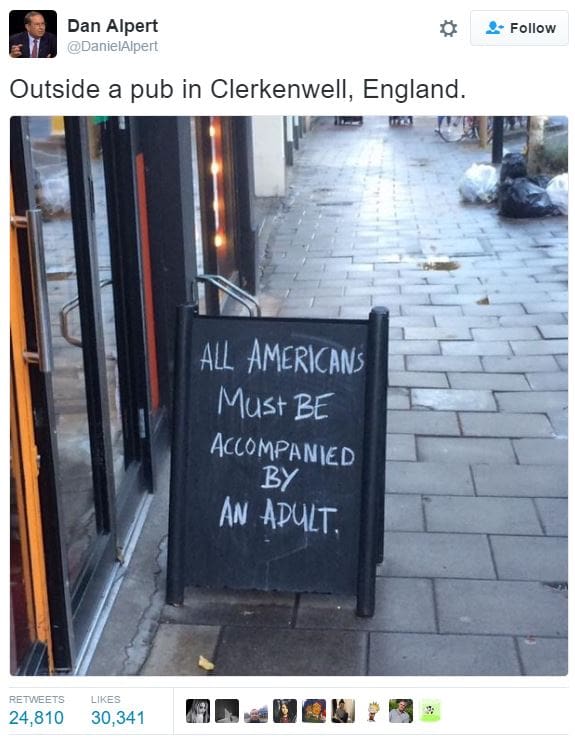 After being spotted by an American tourist, and posted on social media, the sign reading "ALL AMERICANS MUST BE ACCOMPANIED BY AN ADULT" has divided opinion as to whether it should be deemed witty or offensive.

However, this is not the first time the controversial sign-writers, Jonestown Coffee, have come into fire. One of the other coffee shops in their chain, recently displayed the message, "Please don't feed the crackies", which prompted outrage and a massive social media back-lash.

Although, many believe that such topics are too sensitive to be at the centre of a public joke, Jonestown Coffee insist that they're just trying to have a bit of fun and tap into their visitors' sense of humour, rather than express their true political feelings... 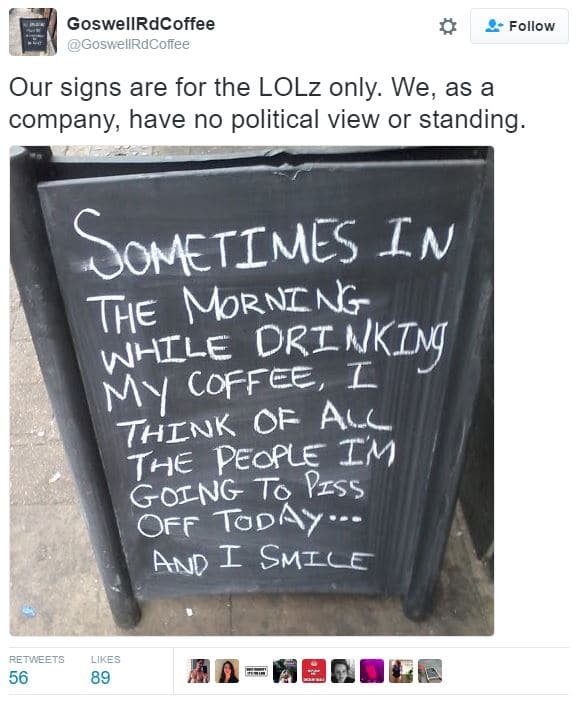 Whilst it might be a tad risky, Jonestown Coffee aren't the only ones experimenting with their A-boards: 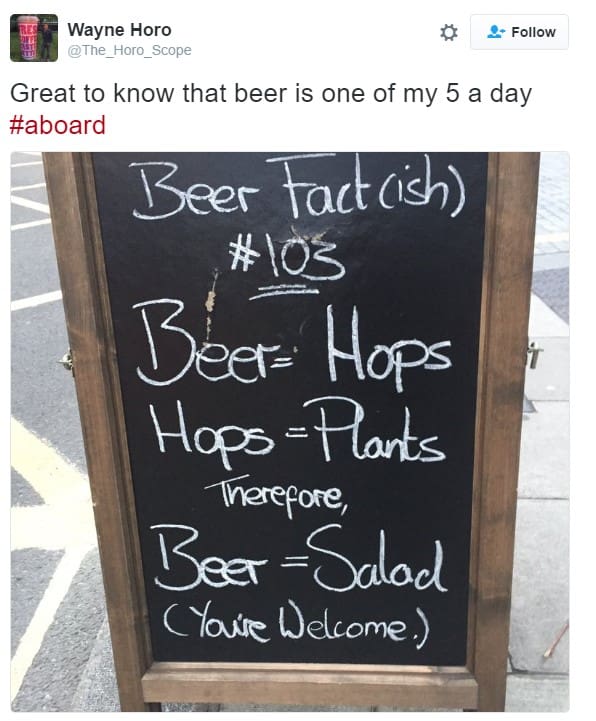 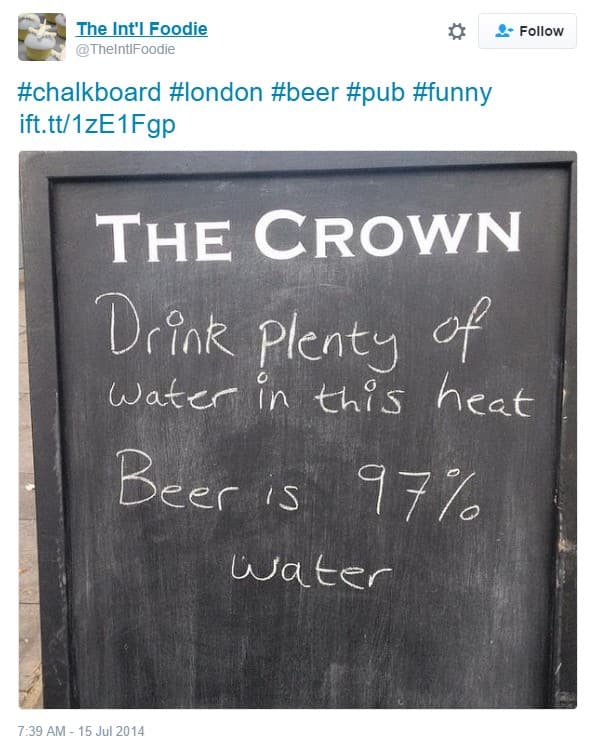 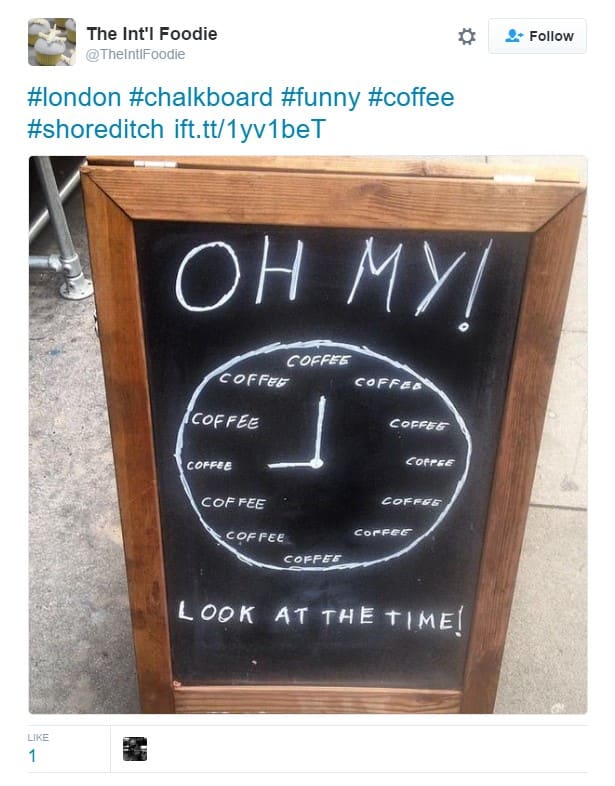 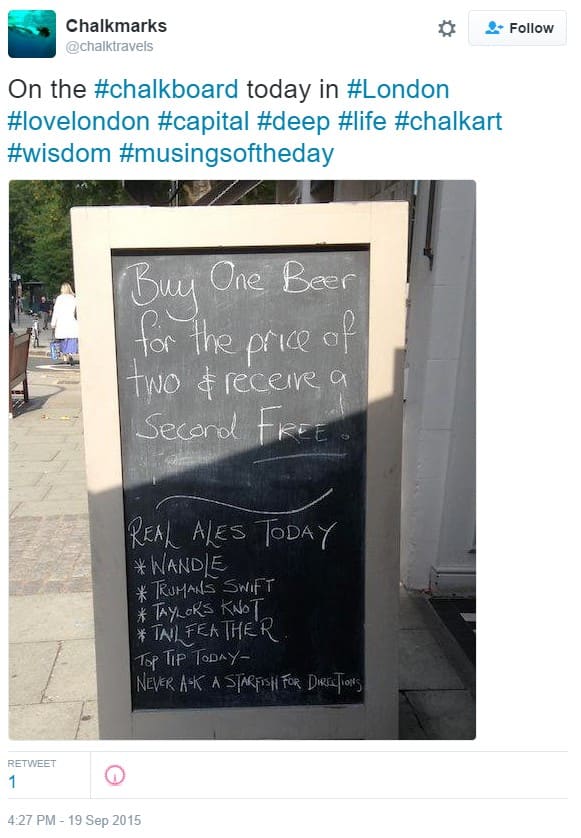 A tad distasteful? Or, maybe this kind of thing could brighten up your day around London.

When it comes to these A-boards, do people just need to get a sense of humour?