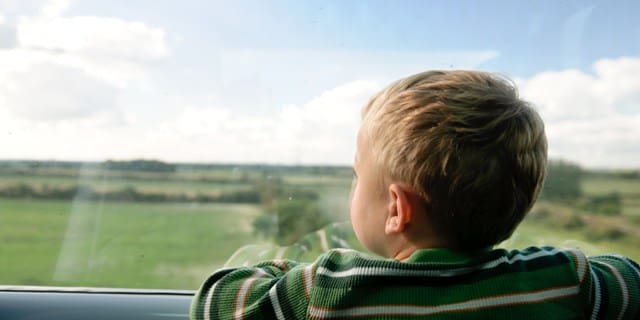 We know that train journeys can be a little more challenging is you're travelling with children. So here are some great games to play with the kids that'll stop them getting bored on their First Hull train - in fact, these games are so fun, you might well want to join in yourself!

And as all they'll need to take part in these eight simple activities is a pencil and piece and paper at most, you don't have to worry about carting lots of extras along either.

One minute of words

The timekeeper picks a letter of the alphabet, and then the players have one minute to write down as many words as possible that being with that letter. The one who comes up with the most words before the time is the winner. Easy!

Make the most of rainy train journeys by getting the kids to take part in a raindrop race. Each player traces the course of a raindrop as it makes its way down the window; the one that reaches the bottom first wins.

Fold a piece of paper in three so that just the top panel is visible. The first player draws a head of any kind on the top section - the more creative the better - while keeping their drawing as covered as they can. When they've finished, take the paper from them, fold it so you can now only see the centre panel, and pass it to the next player, who draws the torso of the body. Repeat the process for the leg portion of the drawing, and then unfold to reveal your finished weird and wonderful creation.

First, decide on a theme (for example, 'food' or 'cities'). The first player thinks of any word that fits within that theme, then the next player has to come up with an answer that begins with the last letter of the first player's answer; for example, if the first player said "apple" the second could say "egg". The process goes round and round, meaning you can continue the game as long as you like.

Pick a particular colour and get the kids to look out the window for things that are that colour. Set a target amount depending on how long you want to keep them occupied! If you want to keep things quieter, you can get them to write their answers down rather than shout them out.

This is one you have to play as a team... Take turns counting up from 1, and each time you get to a number that's divisible by 7, the player has to say "Buzz" instead of the number. If anyone makes a mistake, you have to go back to the beginning. The aim is to get to 100 without making any mistakes - harder than it sounds!

This classic travel game's a bit trickier when you're speeding by on a train, but that just makes it even more fun.

This turns being good into a game. As you get on the train, give each child £2 worth of 10p coins. Tell them that, each time they misbehave, you'll take away one of the 10p pieces. You could also offer a bonus reward if they manage to make it through the entire journey without losing any of their money.