Explore the spooky secrets of the London underground on the Haunted Tube Express.

Led by Siwan Hill, the Haunted Tube Express allows tourists and locals alike to delve a little deeper into the archived legends of the world's oldest metro system.

The experience is part of the Funzing.com community - a marketplace for people to share their hobbies with others and make a little extra income along the way. It's a fantastic way of exploring the capital with events hosted by London natives who know the ins and outs of the city.

Can you tell us a little bit more about the tour?

We take people on a journey around London's supposedly haunted Tube stations. We tell them a little bit about the Tube, its history and some of the ghost stories attached to it.

We begin at Bethnal Green and will travel on the Tube to Bank, Aldgate, Liverpool Street, Farringdon, King's Cross and finish at Covent Garden. At each station, we get off the train and walk around the station, we don't go above ground at any time.

Could you give us an example of some of the stories?

Where do I even begin? There are so many. A couple of the stations were built on plague pits, so, as you can probably imagine, there are all sorts of weird stories surrounding them.

One interesting fact is that Liverpool Street Station is built on the site of the original Bedlam Asylum before it moved to the more famous Southwark site.

We also cover a few wartime tragedies. As you know, during the Second World War, a lot of the stations were used as air raid shelters. This was because they were so low down and people would often hide in them to avoid bombs.

Bethnal Green Station played host to one of the worst civilian casualties of the war. And believe it or not, it wasn't the work of a German bomb.

People flooded into the crowded station after hearing an explosion. It was a dark evening, it was raining and some people lost grip of the handrails and slipped over. This caused a huge crush and over 170 people unfortunately died.

How did you get into being a tour guide?

I used to volunteer at Highgate Cemetery, doing the tours. Shortly after this, a friend and I began a ghost tour of Hampstead and Highgate area. That's when we found Funzing and they encouraged us to do a Tube tour.

We started researching and my gosh, there are so many facts and so much knowledge concerning the heritage of the underground.

Wow, we bet it's fascinating. What's your favourite part about the job?

Yes, it is. When you start to do things like this, people will bring the stories to you, which is always really nice. A lot of people seem to have their own personal ghost stories and historical knowledge.

Our customers are sort of split into two camps; people who are interested in the transport side of things, and those who come for the ghosts. I love talking with the different people, whether they are train enthusiasts or fans of the spiritual world.

One lady who recently came along on the tour was from Ghana. She had so many tales about witchcraft and voodoo. Another lady was a member of a spiritualist church - I think she saw a ghost in every shadow.

The tour runs from 7pm until 9pm on regular selected dates of the year. You must book in advance and tickets are £12 for adults. You can find out specific dates and book onto this tour via Funzing. 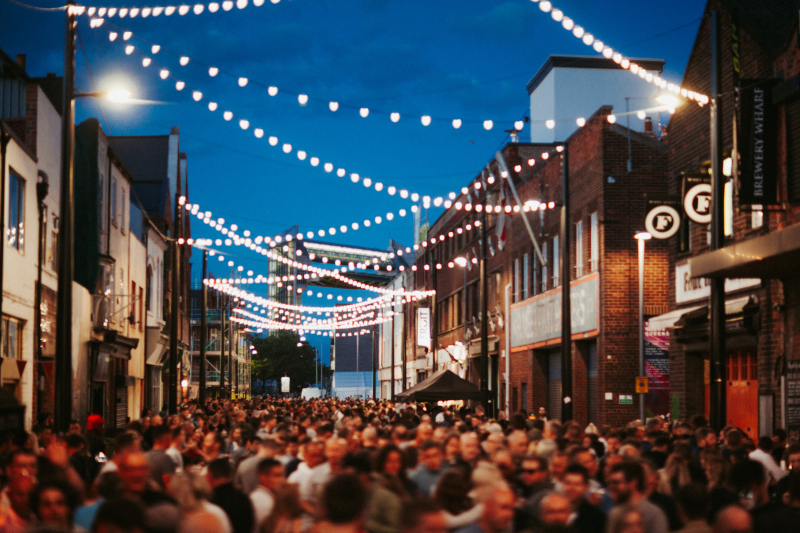